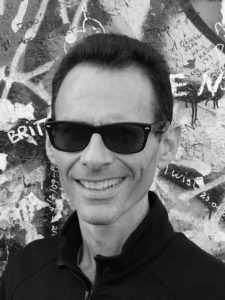 Director/Producer Brad Rothschild is an award winning producer and writer with both a creative and a business background. He received a Masters in International Affairs and a Masters in Business Administration, both from Columbia University. From 1995-1997, he served as the Speechwriter and Director of Communications for the Mission of Israel to the United Nations.

Brad produced the award-winning documentary feature, Kinderblock 66: Return to Buchenwald. The film has screened in the Jerusalem Film Festival and in over 20 festivals in the United States and around the world. Brad directed the documentary film African Exodus, about the plight of Israel’s African refugees and the documentary film Tree Man, about the people who come to New York City to sell Christmas trees every holiday season. Tree Man won the Audience Award at the St. Lawrence International Film Festival.He currently has several feature-length and short documentaries in development.